Workers’ rights on the menu 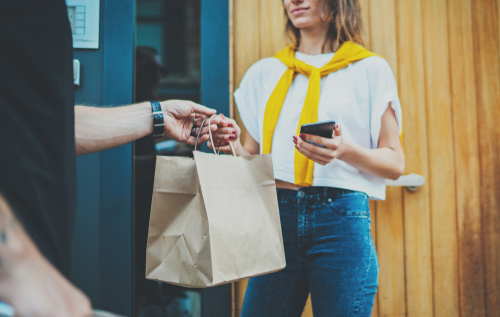 Menulog’s decision to classify workers as employees rather than independent contractors on a trial basis has been welcomed by the union movement.

The food delivery company’s trial will see couriers in the Sydney CBD paid minimum wage rates rather than ‘piece’ rates, as well as super payments and paid leave.

While full details of the trial are yet to be revealed, the move has been described by the Transport Workers’ Union (TWU) as a “watershed” moment for the gig economy.

While permitted under law, this type of independent contracting is widely seen as a practice that undercuts basic workers’ rights and fuels insecure work.

In the UK Uber was recently forced to classify drivers as employees but Australia is lagging behind in addressing the lack of workers’ rights in the gig economy.

IEU-QNT Branch Secretary Terry Burke said the Menulog trial could spark the beginning of the end for the exploitative model of app delivery services.

“This decision from Menulog, while welcome, has only come as a result of years of pressure from unions to improve working conditions.

“It has also sadly followed deaths of vulnerable food delivery riders who did not have access to protections other workers take for granted, such as workers’ compensation.

“We need to move from trials to permanent change in the delivery app industry.

“If Menulog moves to make this more than a trial we will be calling on all Australians to ditch other delivery apps and only use Menulog, and any other companies who join them.

“People will be able to benefit from the convenience without also buying exploitation.

“We congratulate Menulog for taking the step to finally accept their workers should have equal rights to all other Australian workers.”

Click here to read more about the Menulog trial and what it means for gig economy workers.