Meet our members who are TeachX Award finalists

Four IEU-QNT members have been acknowledged for their inspiring contributions to the Queensland education community by being nominated as finalists in this year’s TeachX Awards. 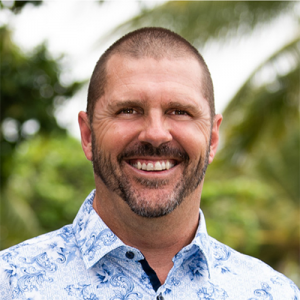 Christopher Pacey is Head of Science at St Patrick’s College in Townsville and has been teaching for the past 7 years.

He was formerly a marine biologist before making the switch to teaching and has also worked as a researcher, a guide, a ranger and a project officer with the a variety of organisations including the Great Barrier Reef Marine Park Authority, the Australian Institute of Marine Science, Queensland Parks and Wildlife and in the private industry.

Christopher said he was drawn to teaching because in previous roles, he enjoyed being able to pass on his joy for science, knowledge of wildlife and love for learning.

“Also having a young family caused me to think about my chance to provide input into shaping young people who are critical for the future,” he said.

Christopher champions young women’s involvement in science and STEM subjects and strives to bring science to life for his students.

“Young women are underrepresented in both STEM and science studies and careers, with the evidence showing us this happens in their early teenage years,” he said.

“It is through these ages that we have the best opportunity to correct this underrepresentation and ensure women have the same opportunities.

“Not only is this just but diversity in all areas and all workplaces is key to innovation, new ways of problem solving and advancing,” he said.

Using a number of strategies, Christopher engages students like increasing extracurricular involvement with practicals and hands on experiences, bringing industry into the classroom as well as field trips and excursions to provide those important connections to theory in the classroom.

“I also look to provide additional and extracurricular opportunities like our STEM Like a Pats Girl Conference where 200 young women from across North Queensland come to engage in STEM workshops, grow our Reef Guardian program that involves Reef Awareness Workshops and excursions looking at the effects of algal removal from coral reefs.

Christopher says he is incredibly humbled to be nominated for the TeachX Innovation in Teaching Award.

“It really is great recognition for the team I work with and it provides a great opportunity to celebrate Queensland teachers for all the work, effort and innovation they are showing in their classrooms every day,” he said.

Excellence in Beginning to Teach 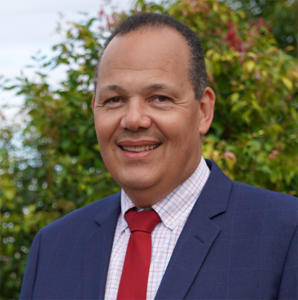 Michael King is a second-year primary school teacher at John Paul College who worked full-time as a prep teacher aide for seven years and whilst studying his teaching degree.

Currently teaching a year 1 class, Michael said his work as a teacher aide gave him wonderful experience working alongside some inspirational teachers and helped developed his teaching philosophy.

“It is extremely rewarding working in the early years of education because the growth you see in the younger students in just one year is very fulfilling and inspires me to be a positive role model for young students,” Michael said.

Michael said he has always wanted to be a teacher after his own experience growing up with supportive, inspirational and nurturing teachers.

“When I left school, I began a career as a professional musician and continued this for over 20 years, although I always had a yearning to be a teacher,” he said.

“When my son began his Prep year of school, I became a parent helper and realised there was still a desire to become a teacher, so I completed my Certificate III in Education Support and became a teacher aide.”

During his years of being a classroom learning assistant, Michael decided to continue his studies and at age 40, enrolled in University as a mature-aged student.

Michael said he is honoured his school nominated him for a TeachX Award and is thrilled to shortlisted alongside amazing fellow nominees.

“To have recognition from my leadership team was extremely flattering, especially in my early years.

“I’m inspired by so many other wonderful colleagues who encourage and support me- the teaching industry is full of them.

According to Michael, other early career teachers should find a mentor within their school network and continue to learn from them.

“I encourage others to reach out and seek support from their experienced colleagues who have so much knowledge to share and look for further opportunities to increase your knowledge and pedagogical skills,” Michael said. 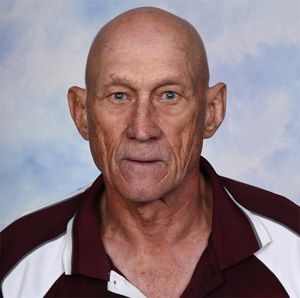 John Alloway has been teaching Health and Physical Education (HPE) at Ignatius Park College for more than 40 years and during his time as Head of Sport, the school has won the Melton Black Shield for Champion Sporting school in Townsville for 40 years straight.

After leaving school when he was in year 10, John spent a decade doing various jobs before deciding to pursue a teaching career.

John said the catalyst to change careers came when he was employed as a labourer on a mining site.

“The first day was hot and energy-sapping and I was asked to dig a trench which took the best part of the day and I lost 3 kg,” John said.

“The following day a new foreman came along with changed plans and I had to fill the hole back up.

Following this, John began attending night school to complete his senior education and then qualified for entry to university to study education.

“The approach to teaching by one of my night school teachers also influenced my decision to teach,” said John.

As part of his involvement in IPC sporting life, John has organised fundraising events since 1978 including school discos for local students, to raise money for sporting teams and individuals so that students experiencing economic hardship could participate and reach their full potential.

“In addition, staff are aware to look for students on the margins, although due to COVID-19 very little has happened this year as several sporting opportunities have been cancelled.”

A portion of the money raised goes towards supplying breakfast in the Toastroom for students following early morning training sessions, as John knows the importance of a good breakfast to fuel students for their learning.

John is proud of his school’s extensive extracurricular programs on offer, which he said builds positive relationships outside of class which carry over to the classroom.

“Discipline, resilience, respect, commitment, and time management are but a few of the characteristics that are expected and modelled,” he said.

“For the boys, being part of a group of like-minded students opens up communication channels within the group and with parents and staff.

“Having a go. regardless of the result and looking after your mate is part of the culture that often extends to after school life.

Clearly a humble individual, John said it was awkward to be nominated for a TeachX award and said all teachers and school officers deserve recognition for their jobs.

“School staff are a hard-working, inspirational and dedicated mob, the majority of whom stay out of the spotlight.

“They are diligent and go about their day in ways that are not always recognised but their efforts support, guide and positively influence the future generations,” he said. 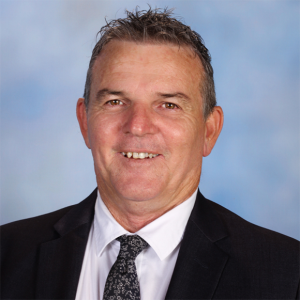 Ron has been teaching for over 30 years and took on the role of Assistant Principal at The Cathedral College (TCC) 12 years ago, where he has since been a mentor to beginning teachers, run professional development for colleagues and this year led TCC’s boarding school program safely through COVID-19.

“It’s been wonderful, a real surprise and honour to be nominated for a TeachX Award,” Ron said.

Several things inspired Ron to pursue a career in teaching, including his positive experience attending a little country primary school before attending a larger high school and being taught by a creative, motivating English teacher in year 11 who left a lasting impression.

“I’m proud to be involved in the TCC boarding program, which has been reinvigorated and improved over the years and has developed an outstanding reputation,” Ron said.

“When I first started there was definitely room for improvement, with boarding facilities about 70% full, whereas now, most years we are full and have long waiting lists for students to get in,” he said.

“We’re very lucky to have such great facilities and lots of single rooms, with currently 189 boarders over 130 single rooms” he said.

Given his experience and expertise on boarding, Ron is actively involved in the Australian Boarding Schools Association (ABSA), has delivered in-service packages at ABSA’s national conferences and has contributed to the development of national standards for boarding schools.

“I’ve been able to apply for and secure assisted funding and have input into the design of new dorms, new buildings and new residential colleges for TCC, which was a great experience,” Ron said.

“The excellent boarding program we have also has to be attributed to our Principal- he has created a school and boarding facilities that students want to come to.”

During the height of the COVID-19 pandemic, Ron was exemplary in advocating for boarding staff at TCC to be redeployed to alternative duties rather than being stood down from work, which was an unfortunate reality for many other boarding staff in the non-government school sector.

“I must also thank the Rockhampton Diocesan director, who was incredibly supportive of our boarding staff during that difficult period,” Ron said.

Heavily involved in extracurricular activities at the school, Ron has assisted backstage at school musicals, coaches volleyball, organises archery lessons for students at TCC and has taught self-defence martial arts classes for female students and colleagues at a previous school.

Ron said one of his favourite aspects of the job is seeing his students and ex students go on to achieve very well for themselves after finishing school.

“One old student from a high school in Brisbane I taught at went on to become an Australian youth of the year,” Ron said.

“He was an amazing young man with a disability and he mentioned me in one of his speeches, which was touching.

“Every person I meet, every student, every staff member and colleague that I work with, they all have their own story and the biggest privilege is getting to share some of that story and getting to know it, becoming a part of it for a little while,” he said.

Image courtesy of The Cathedral College