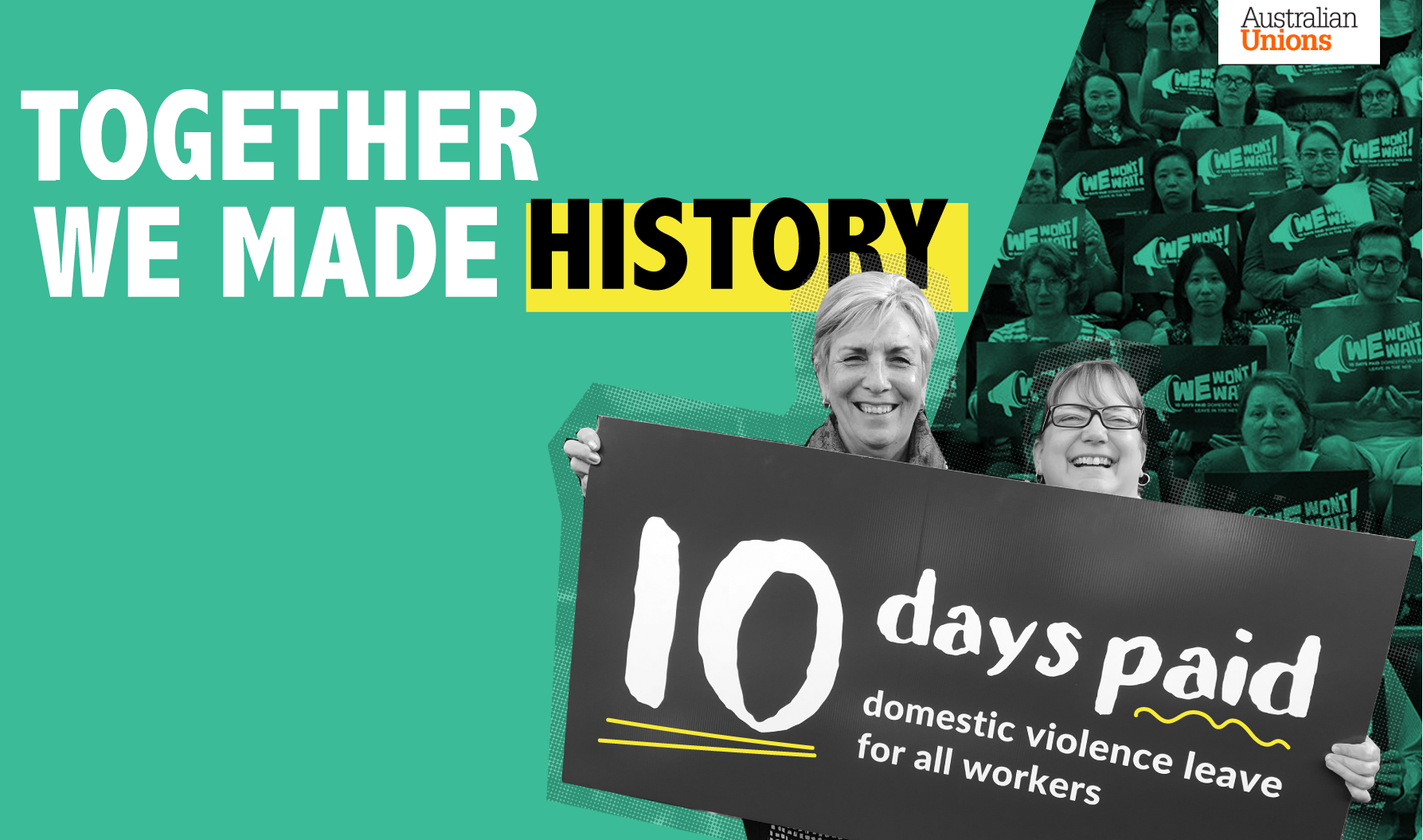 All workers will have access to 10 days’ paid family and domestic violence (FDV) leave in a historic move that follows an enduring union campaign.

Unions have been campaigning for paid FDV leave for more than a decade.

That campaign has seen life-saving paid FDV leave won workplace by workplace, agreement by agreement and award by award.

Now we have secured the most enduring win of all: paid FDV leave for all workers enshrined in the National Employment Standards (NES).

With parliament passing the Albanese government’s bill to amend the NES, more than 11 million Australian workers – including casual workers – will have access to 10 days’ paid FDV leave.